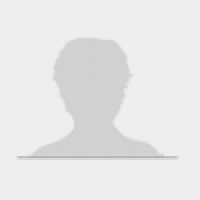 Mr. Bhoopathiraju has been designing CAD-based projects since 2000. He is a certified electrical engineer. He has been designing mainly on AutoCAD for the US and Germany-based clients. He believes that his planning and organizational skills, along with problem-solving attitude with a competence in industry knowledge has helped him carve a successful career.

He has been working in data conversion for German clients on AutoCAD and Revit. He has an established clientele that’s consistently growing and a built up reputation due to providing quality professional services in the field of CAD.

With a proven track record of working with architects, engineers, manufacturers and individuals, he welcomes partnering with businesses at every stage of his career in CAD-based development.

He has been working as a CAD analyst and CAD engineer with companies in India since 2000.
Since 2012, he has been working in Hyderabad as the Project Lead for a company that provides multidisciplinary services such as CAD, CAM, map conversion, GIS and software development for international clients.

Since 2009 to 2012, he has been with a major provider of environmental and infrastructure support services as a Senior CAD analyst.

Since 2000 to 2009, he has been a Senior CAD engineer for a software company in Hyderabad.
Of all the projects that he has worked on, the most interesting CAD project that he has ever worked on was the one where he had to work for hospital and hotel building services. It includes HVAC, electrical and plumbing service with coordination.

His favorite software is AutoCAD. He likes the filter command most, and likes to use it to search any object in a sheet easily.

A few of his favorite projects are as follows:

He worked on a project for an Institute in Taiwan for twelve months on AutoCAD. His role involved preparation of all general arrangement and rebar shop drawings, preparation of site plan, survey layout and scheme with coordinates.

The challenge was to maintain and control the documents of drawings and submission to the client, which he successfully carried out.

For another project, he worked for commando facilities in Afghanistan. He worked for three months on AutoCAD. His role included drafting in CAD, electric light plans, telecommunications networks, automatic fire detection systems and HVAC fittings plans. He was involved in designing a site with required buildings.
He worked for a Project on architectural plans, elevations and sections. He designed using AutoCAD 2000. The role involved editing and finalizing.

He worked on a project for a company in Germany where he had to design using Auto CAD 2000. His role included editing and finalizing. This was an architectural project consisting of floor plans, elevations and sections. He processed these drawings indicating walls, windows, and doors. The text was designed in German. The layer names for the objects were also in German. He also processed room-polygons to easily find an area by using AutoCAD List command.

For a project in Parcel Mapping (GIS), he worked for a client from Italy. He designed using AutoCAD. His role involved editing and finalizing. He was involved in the preparation of parcels, roads and water bodies. The drawing were converted from image format to vector format. He designed using AutoCAD MAP 2004 and Wagis2002. He performed the conversion, editing and finalizing.

He has worked on a project for San Antonio Water System for two months. He was involved in drafting with a team. He prepared overview sheets, plans, sections, cross sections, longitudinal sections of sewer line in AutoCAD and Civil 3D.